A bit about where I'm coming from

my philosophy: you're doing the best you can with what you've got

And chances are, your best is probably pretty damn good.

​Many of the people I work with have histories of being told they're gifted, excelling in their fields, juggling multiple roles in their careers, relationships, and communities, and being ahead-of-the-curve over-achievers, and still feel like they're struggling, never good enough, or missing something important in their lives.

​I work with survivors of trauma, neglect, colonialism, and systems that foster imposter syndrome, perfectionism, and burnout and make it feel like we're the ones to blame.

You're doing the best you can with what you have available to you. But what's available might not be enough, and in our highly individualistic society, we're expected to make due on our own with nothing but bootstraps and will power (spoiler alert: it's not enough). We all need, and deserve, support and resources from others to meet our needs.

My work is geared toward supporting you in tapping into your existing strengths (I promise you have them), identifying and strategizing around external issues that we often have no control over, and honing in on where you can affect change and call in the support you need and deserve. My approach is collaborative, supportive, solution-focused, and grounded in a social justice framework that acknowledges the role of institutional and systemic marginalization in our available resources, paths for healing, and sense of well-being. 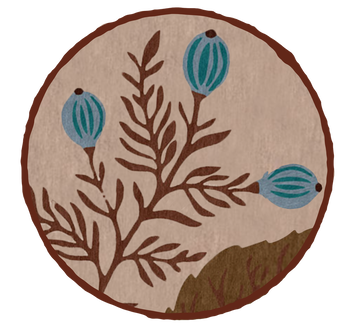 And while I specialize in mental health care for kinky individuals and relationships, marginalized genders, artists, and creative professionals, at the end of the day most of the people I work with aren't looking for a place to talk exclusively about their sexuality or their creative process. We all deserve a place where we can show up fully.

​Other things to know about me?

​I’m a big geek, and firm believer in the power of pop culture (film, TV, comics, games, and books) to offer allegories and language for shared experience. I love scavenging succulents for my garden, building LEGOs, and cuddling with my two chihuahuas (dogs are great therapy).

I believe we’re never too old to play.

​I'm a white, queer, AFAB gender non-conforming clinician committed to anti-racism practice, cultural humility, and accountability in all aspects of my life and work. I am continuously training to provide affirming, culturally informed, client-centered care for the BIPOC communities I work with.
FILM WORK
​I've worked in film since 2008, and have released two feature-length documentary films (Diagnosing Difference, 2009 and MAJOR!, 2015) as well as a docu-series (Looking for Leia, 2019) which was acquired by SYFY.

My film work focuses on challenging the power structure of documentary by centering participants as key collaborators in the storytelling process. I'm interested in stories historically underrepresented communities, and how we use resilience as a form of resistance. ​My work has been made possible with grant support from the Arcus Foundation, Horizons Foundation, Astraea Lesbian Foundation for Justice, San Francisco Arts Commission, Seed&Spark in conjunction with WeTransfer, and Transforming Justice / Tides Foundation.

In addition to my own directorial work, I produce, edit, and work as a camera operator on independent, commercial, and work-for-hire projects.

I'm part of the Mental Health Team of REPS on Set, a BIWOC-led consulting firm of production advisors, intimacy coordinators, and advocates for underrepresented identities in television and film, particularly BIPOC, LGBTQIA+, and those with marginalized sexual identities and expressions. We help creatives achieve authentic, respectful representation that supports storytellers and connects with audiences, and also provide on set safety and support services. ​
BDSM & KINK
I have 27 years of experience working in professional BDSM with thousands of people from around the world to better embody a positive, celebratory, ritual love of kink. I've created and taught workshops for Good Vibrations, Toys in Babeland, Society of Janus, and The Exiles, as well as national leather/SM conferences. I'm the co-writer and presenter of the instructional video Whipsmart: A Good Vibrations Guide to SM for Beginners, my writing has appeared in  Sex for America and Best Sex Writing, and I've been a frequent podcast guest. I've also consulted with leading design and technology firms on how kink can broaden and inspire innovation, as well as media makers on ensuring authentic and accurate BDSM representation in film and television.
TEACHING & TRAINING
I've taught community-based workshops and developed clinical trainings on issues of LGBTQIA+ identity, kink, sex work, ethical non-monogamy, and sexual health for over 25 years. As a clinical educator, I've conducted didactic trainings for multiple clinics around the San Francisco Bay Area on culturally competent mental health provision for kink, sex work, non-monogamy, and LGBTQIA+ communities. I've spoken at colleges and universities around the country, including Stanford, UC Berkeley, USC, and Yale.
EDUCATION
After two years at Brown University from 1990-1992, I returned to college as an adult to get a BA in Ethnic Studies from the University of California, Berkeley (2000), followed by a PsyD from The Wright Institute (2009), an APA-accredited program in clinical psychology. My post-doctoral fellowship was in forensic psychology, working with men and women with significant sexual behavior problems who were registered sex offenders and recently released from incarceration.
HOME                     ABOUT                     SERVICES                     SPECIALTIES                     FAQ                     CONTACT                     RESOURCES